We had a wonderful time overseas in North Wales. Jan and Maurice found us some wonderful shows and treated us like family, as they always do (thanks Jan and Maurice). We got to reacquaint with some old friends and acquired some new ones. And we got to play in some marvelous venues and see some wonderful things. We can't wait to be back next year. Oh, and a very special thanks to Cheyenne Brown who seamlessly added her beautiful harp to our ensemble for the first few dates. She also gave a whole new meaning to the term "blues harp". 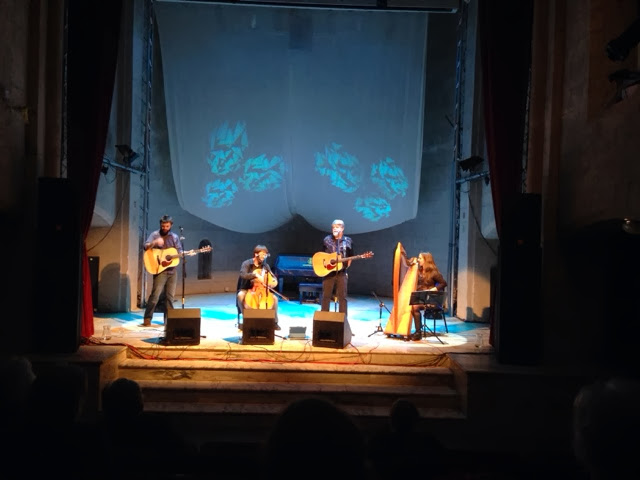 The Ucheldre Center in Holyhead 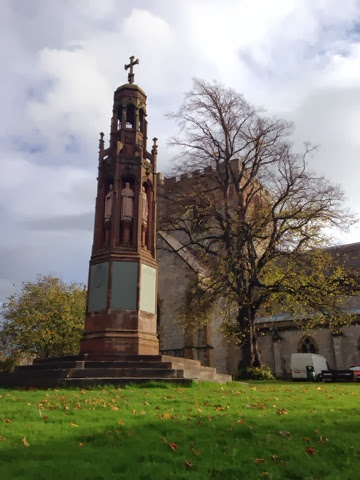 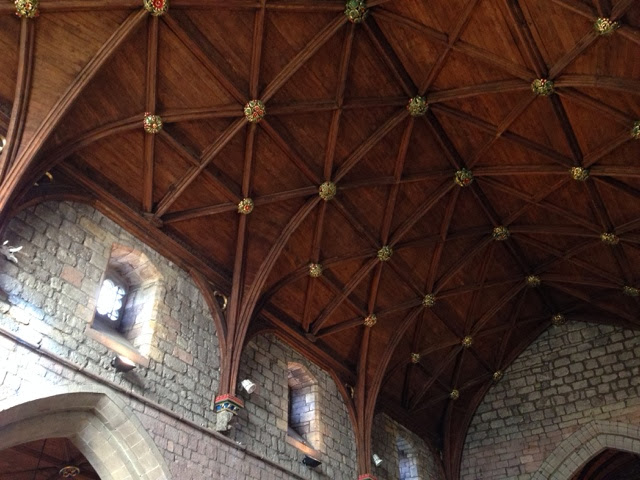 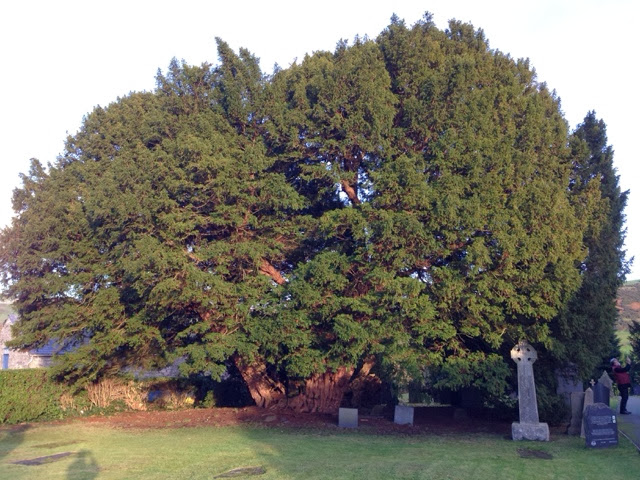 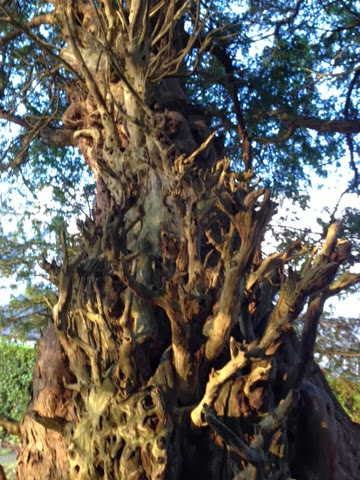 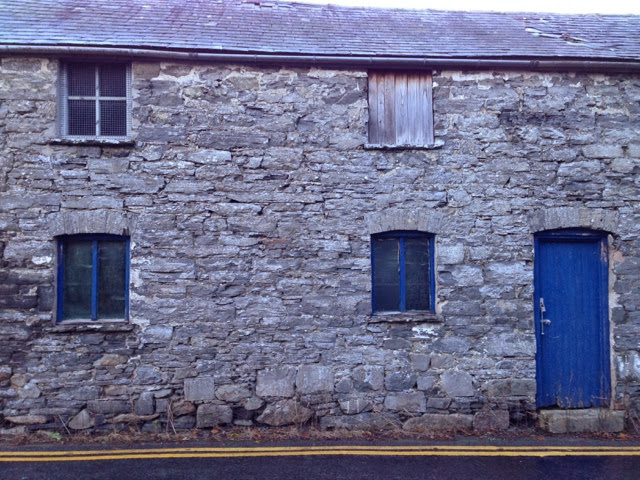 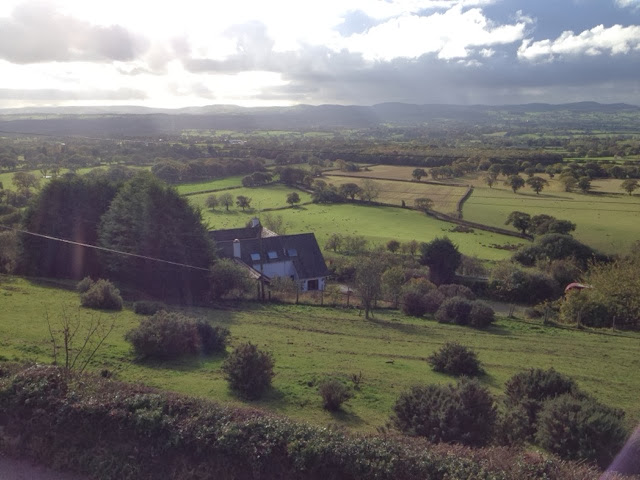 A stunning view of North Wales 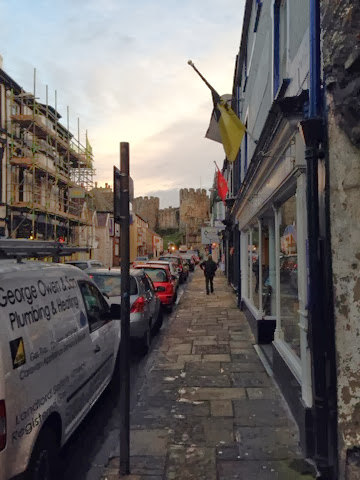 The streets of Conwy 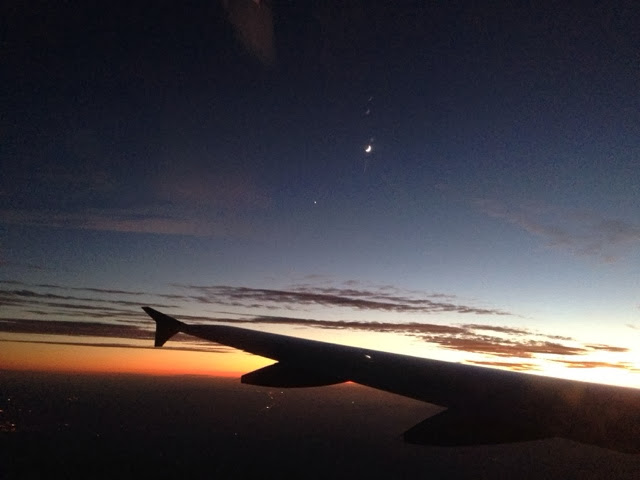 A fingernail moon for the return trip
Thanks again to all of you in North Wales. Especially Jan, Maurice, Sam, Steve, Charles, and Owen for making it a reality. We will see you next year!!!
-Petie
Posted by Unknown at 10:29 PM No comments: 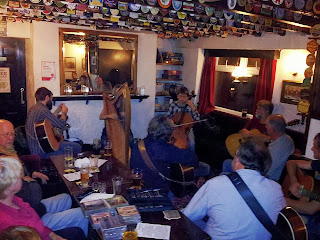 A wonderful evening at the Blue Bell!!! Cheyenne Brown's last time playing with us this tour and we are looking forward to the next time!!!!!

Posted by Michael J Ronstadt at 6:44 AM No comments:

I have been making connections with fellow musicians and enjoying the scenery in Glasgow after  presenting a cello workshop last Sunday (10/20) alongside the amazing cellist, Seylan Baxter, of Tattie Jam & Cello-Harp.  We each taught different tunes in the building and met up on breaks.  An amazing group of 9 folks came out to participate and I truly had a great time working with as well as learning from them.  All levels came out to participate, from beginning to advanced, and I even was able to jam with a local professional cellist yesterday evening while we traded tunes and accompaniment concepts before I retired for the evening.

Also this week...Scottish/Alaskan harpist Cheyenne Brown and I have been working on harmonizing original tunes as well as solidifying material that we started playing together at Common Ground On The Hill (2013).  I figured that since I'm going to N. Wales 10/25-11/3 for Ronstadt Generations performances, why not go out a few days early and try to connect up with a new part of the world and make some initial connections where I may want to perform in the future...  I also want to give more workshops abroad, so this turned out to be a perfect starting point.

On another note, if you remember the tune set in my solo CD, "Bridging The Gap" (2010)...the first tune I play is called "Tam The Bam," written by Pete Clark.  As luck has it, on Tuesday I was able to meet up for lunch with Pete while he was on break from teaching at The Royal Conservatory Of Scotland.  We were able to meet for the first time in person (rather than the formal permission to use his tune on my CD), and it is an honor to now know such a great person and fiddle player!

The adventure continues though... and the fun part now is that Cheyenne and I get to perform some bits of new material in the coming weekend of Ronstadt Generations performances, as well as having Cheyenne add some amazing harp accompaniment to the tunes we perform.  Rehearsing it this last week has gotten me very excited to bring her harp work to the folk music I've always played with my family and I know that audiences won't be disappointed.

If you're in the UK (specifically N. Wales) or know anyone who would like to see us perform, the full schedule is on our website below:

We look forward to seeing you at the performances!

Posted by Unknown at 5:18 PM No comments:

And here we are about to hop on united flight 23 to Dublin. We shall see all of you on the flip side. 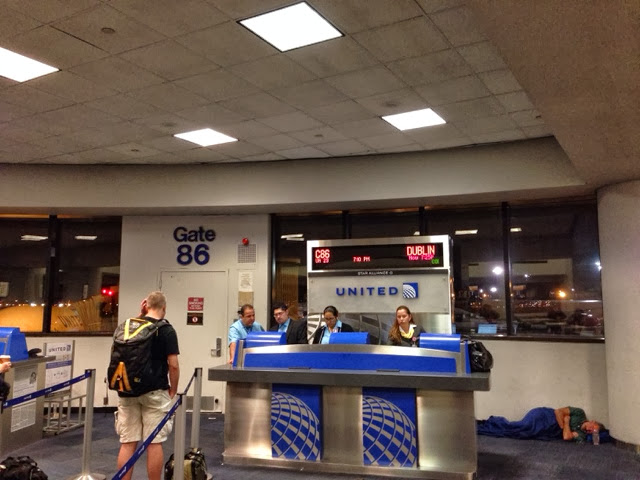 -Petie
Posted by Unknown at 3:51 PM No comments: 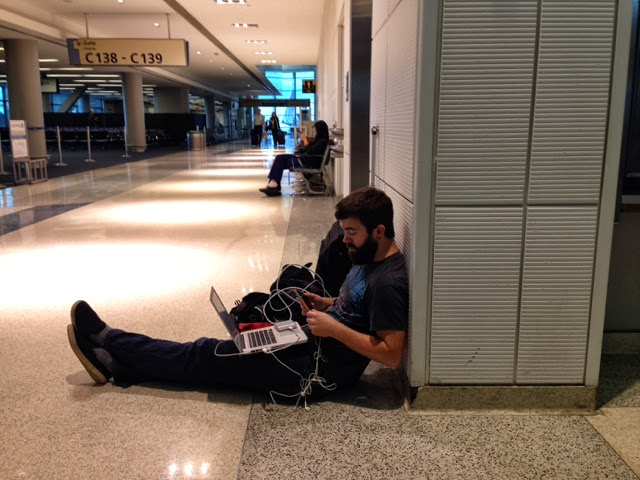 Needing power = sitting on the floor,

Posted by Michael J Ronstadt at 2:34 PM No comments:

So here we are at the Newark airport waiting to catch a plane across the pond. We are headed to do a few promotional shows in Wales. So if that's where you are, send us an email and we'll let you know where we are. 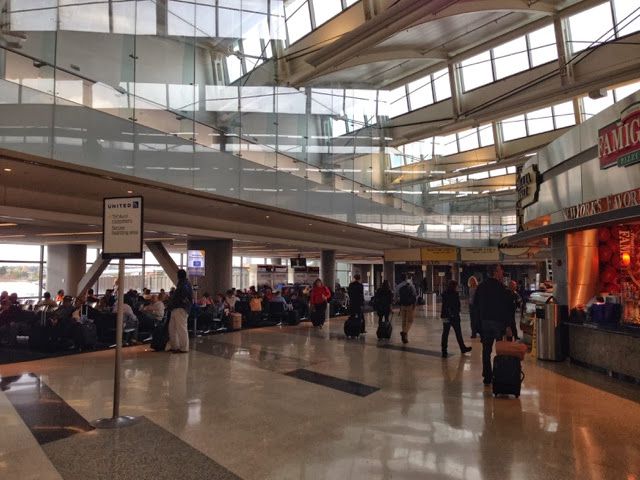 My dad and I left Tucson this morning at 2am to catch a plane in Phoenix at 6am (thank you to my beautiful wife and my mom for the ride). Now we are currently in hour 3 of our 6 hour layover. It gave us a good chance to do all of our last minute phone calls and messages before the international barrier makes it more difficult to communicate (as this world gets more and more technologically advanced, it's still amazing to me that things like cell phones have such stark borders when leaving the states). It's kind of like working in a loud bustling office (not really, it's more like working in a food court, oh wait...) 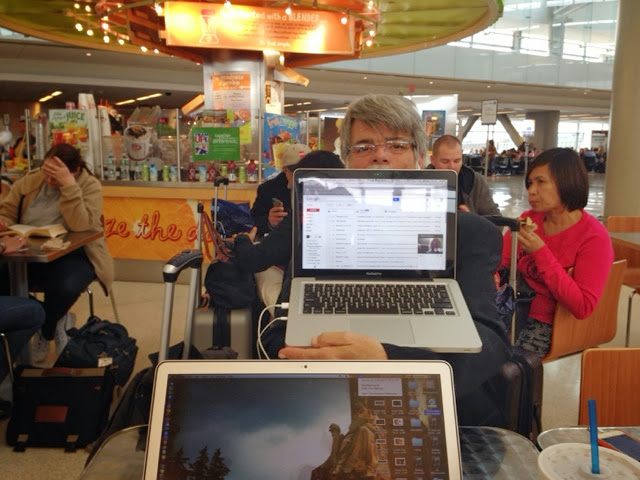 Michale G. is in Scotland and anxiously awaits our arrival (in Wales, you figure that one out).
-Petie
Posted by Unknown at 1:31 PM No comments:

I'd like to express what a wonderful time I had at the Arizona Folklore Preserve this weekend. Thank you all you volunteers who make the AFP a reality. And thank you all of those who attended. It was a pleasure getting to talk to you all. We always enjoy our time spent in Ramsey Canyon and can't wait to be back.

Posted by Unknown at 7:31 PM No comments:

This appeared on The Puget Sound Trail on September 27, 2013 after Ronstadt Generations performed at the University of Puget Sound in Tacoma, Washington. Thank you Sabine for the kind words.

You can find the original article at http://trail.pugetsound.edu/2013/09/ronstadt-generations-concert-impresses-crowd/

As you entered Kilworth Chapel, you were greeted by friendly ticket sellers who handed you a pamphlet on Parkinson’s Disease, in honor of Linda Ronstadt, Michael J. Ronstadt’s elder sister who recently ended her musical career because of this heartbreaking disease. Guests filed into their seats on the church pews and awaited the beginning of the show. Soft, folksy music played from the speakers while idle chatter filled the time. After emigrating from Germany to South America in 1839, the Ronstadt family played their music avidly. Officially started in 2010, Ronstadt Generations is a family-oriented band composed of Michael J. Ronstadt, the father, Michael G. Ronstadt, the eldest son, and Petie Ronstadt, the youngest son. Michael J. is the younger brother of Grammy-award-winning Linda Ronstadt (ronstadtgenerations.com). The act opened with two brothers, dressed casually in t-shirts and flannel. A country-style sound filled the building as this duo sang and played a small guitar and catpaws, a spoon-like instrument. The brother on the catpaws played enthusiastically and the brother on the guitar sang in a unique country voice. After the first song, the catpaw brother sang alone and acoustically. His voice rang through the silence, and the audience watched, entranced by his emotional performance. After a rhythmic solo on his catpaws and roaring applause, the other brother joined him again on stage with an acoustic guitar. Together the brothers owned the stage and thrilled the crowd of country and folk fans. Leaving to great applause, the opening act ended. Then it was time for the main act. Arriving on stage to fantastic applause, they arranged themselves in a high, low, high formation: Petie on the far left with an acoustic guitar, Michael G. in the middle, sitting down with a cello, and Michael J. on the far right with another acoustic guitar. All three bearded men began to play a more refined and folksy musical style than their opening act. The father, Michael J., sang the Spanish lyrics in a lovely tenor voice. Petie, his arms tattooed, skillfully muted his guitar and Michael G. played along, at first plucking the strings and later on taking out his bow. As the song went on, it evoked thoughts of cowboys riding along on their horses into sunset silhouetted mountain ranges. As the first song ended, their voices harmonized perfectly. After more thundering applause, they went into their second song—an expert cover of “For What It’s Worth” by Buffalo Springfield. Their voices all blending perfectly together, the cello peeked out from behind the sounds of the acoustic guitars. “Stop, hey, what’s that sound, everybody look what’s going down,” they sang beautifully before a magnificent cello solo. Their third song started with yet another impressive cello solo. Michael G.’s hands were all over the place; both brothers played expertly, their musical hands blurring as they played. When the eldest brother began a challenging cello part and sang in a charming tenor at the same time, the audience was amazed. The song ended to cheers for the young man. Between songs, they would share stories of their lives, amusing the audience and touching their hearts with tales of family and its importance. Ronstadt Generations played a fantastic show. Between their skillfully played guitars and beautiful cello notes, I thoroughly enjoyed myself. Every chord, every note was struck perfectly. Every solo and song was met with cheers and applause. Their voices and enthusiasm never tired. For the entirety of their performance, they dominated the stage and captivated those lucky enough to hear their performance. More information can be found at http://www.ronstadtgenerations.com/#!bio/c1lfn

Posted by RonstadtGenerations at 1:53 PM No comments: 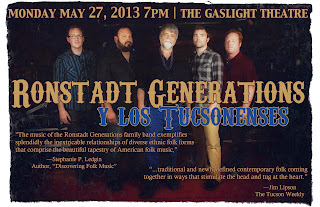 This past weekend Ronstadt Generations rendezvoused in New Mexico and teamed up with the wonderful Bobby Fisher (from Cincinnati) for a couple of shows. We started the weekend in Las Cruces where Peter and Suzanne McDowell hosted an amazing house concert. We enjoyed the company and the food immensely and can't wait to be back. On Sunday we traveled back to Hillsboro where we were once again greeted by a friendly and energetic crowd. We had such a nice time in both places and want to extend our gratitude to everyone who made it all possible. Thank you to all who made it out, and especially those who took a little road trip to see us. We had a wonderful group of Demites (that word probably isn't correct), group of folks from Deming that made the drive up to Hillsboro, and countless others who came from near and far to both concerts. We thank you for your support and commitment. We hope to see you all again very soon.

Ps. Both of these concerts were recorded and will be available for sale shortly. If you are interested in a copy please email us at ronstadtgenerations@gmail.com and I will get you on the notification list.
Posted by RonstadtGenerations at 12:20 PM No comments: